Holy Trinity Sunday.  What I think of as “Holy Heresy Sunday.” Beause can’t talk about the Holy Trinity without committing heresy. We just aren’t built to think of something that is two things at one. And yes, I have heard the Wrigley Corp’s promise about their Doublemint Gum.  “Two mints, two mints, two mints in one.”  It’s actually half and half on the mints.  No, we are not capable of thinking of something as two things at once.  This is either a communion rail, or George Washington’s wooden dentures.  It can’t be both.  This is either my mouth of my foot, but it can’t be both.  I have put my foot in my mouth many, many times.  But that does not make them one and the same.

So what then do we do with Trinity Sunday each year?  How do we describe a God who claims to be three separate things that are also one thing.  Three persons of the Trinity …but one God.  Father, Son and Spirit … but just God.  We commit heresy … that’s what we do. We try to figure it out, and we do get sort of close, but never close enough.   You’re probably familiar with the ways that we try.  A few examples …

A GLASS OF WATER — It is one of the great examples of the Trinity ever conceived.  Water

comes in three forms. Liquid … solid … gas.  It sounds great … problem is, all three have the exact same element.  They are all still water, just in different forms.  This heresy is called MODALISM.  It’s mistake is suggesting that God is really just one God revealing Godself in three different modes or aspects.  Father, Son and Spirit must be perceived as fully separate entities yet also one entity.

APPLE — Another of the great Sunday School Trinity object lessons.  You have the skin …

pulp … core of the apple.  Three parts but one apple.  Sounds great … but it too is a heresey … PARTIALISM.  None of the three parts of the apple are fully and completely equal to the entire apple.  They are part of the apple, but not the whole apple.  Father, Son & Spirit are individually fully God, yet the three together still add up to one God not three.

NAME TAG — Let’s try this one which always feels closer to working in my eyes.  So, my birth name is Craig … I have a certificate from New York State proving I was born in 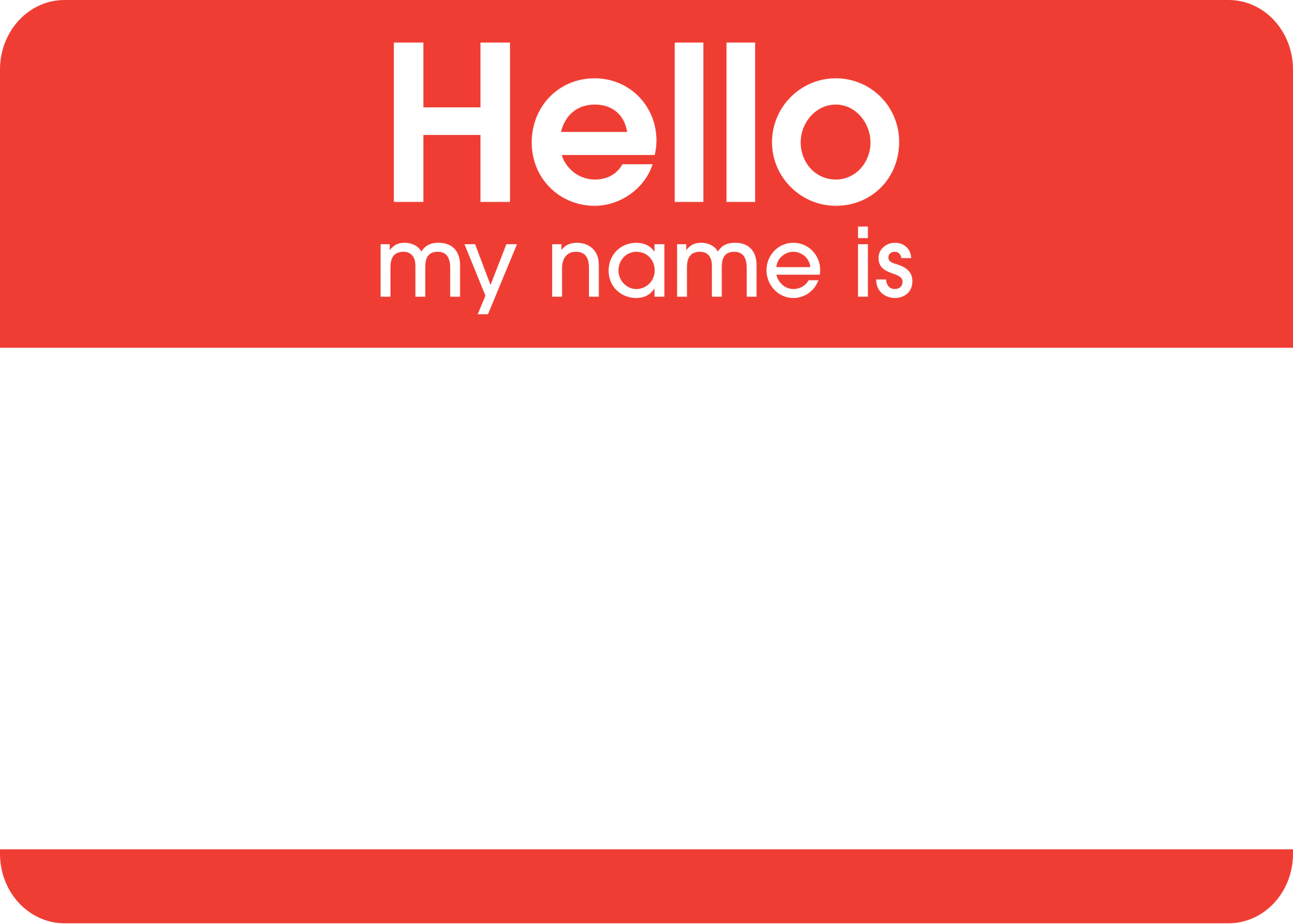 Southside Hospital in Bayshore, New York.  But most of my wife’s family calls me Rossi … her dad started it when I worked for him at his asphalt plant in the summers.  Thus I had a unique relationship to Nancy’s family – I was an in-law, but I was the same guy.  Additionally, my grandson Sam called me Baa Baa … the first sounds he made that he associated with me. I have another distinct relationship to him, but it is still me he is talking about.  So I have three names … three distinct relationships … but I’m the same guy though.  This is still a heresy, even though we can think of God as one God in three different relationships with us.  The heresy, unfortunately, this time is SUBORDINATIONSIM.  Since Rossi & Baa Baa are nicknames, they do not fully describe me.  I’m only Rossi to Nancy’s family, and only Baa Baa to little Sammy.  So those two names are subordinate to the name that completely describes me … Craig.  This heresy destroys the equality of each person of the Trinity with the other two.

Now don’t start feeling badly.  Christian Church leaders haven’t done much better than we do. What do you think was our earliest formal attempt to explain the Trinity?  Right … the Apostles Creed – let’s try reciting it together (congregation recites the Creed).  But this creed didn’t answer everyone’s questions, especially about Jesus.  So Church worked a little harder a few years later – and came up with the Nicene Creed.  It is the Creed we will use today.  It is a little longer, right?  But it still didn’t cut it.  So then came along the Athanasian Creed.  If you still have an old LBW lying around your home, you will find it there.  But the ELW doesn’t even bother to print it.  It is way too long.  Imagine asking your 9th grade confirmad to memorize this little theological delight for their day of Confirmation.

So what do we do?  Maybe our mistake is that we try too hard.  Maybe we try to use logic to understand the Trinity, when God wants us to try to see God’s presence in our lives through eyes of faith.  The inspiration for this thought came when I was looking for a devotion for a staff meeting a couple of weeks ago.  I was reading through a small memoir written by one of my favorite Christian authors, and I came across a section I used as a devotion a couple of years ago for my Wednesday Bible Study.  Hear Frederick Buechner’s words in his book The Yellow Leaves.  It’s from a section where he described a trans-Atlantic journey he took to Europe one year.  Buecher writes ….

Another moment I have always remembered was walking out on deck one night after supper and finding a young red-haired officer peering into the dark through binoculars. He told me he was scanning the horizon for signs of other ships, and the way to do that, he explained, was to look not at the horizon, but just above it.  He said you could see better that way than by looking straight on.  I have found it to be an invaluable truth in many ways.  Listen not just to the words, and watch not just the drama unfolding on the stage but the faces around you watching it unfold.  Years later, when I preached a sermon about Noah, it was less the great flood that I tried to describe than the calloused palm of Noah’s hand as he reached out to take the returning dove.

It reminds me of trying to focus on something in the middle of the night in the pitch dark. You have more luck if you look a little to the left or right of what you are trying to see, to actually see that object more clearly.  And maybe that is our call on Trinity Sunday.  Maybe we should forget about trying to sort out this three in one and one in three mumbo-jumbo.  Maybe our problem is that we look to closely and miss the bigger picture of what God is doing among us. Maybe we should just look to the Father, through the words of our Psalm today, and simply worship and honor this majestic God who created the universe and called us to be stewards of all that God has made.

Maybe we should just look to the Son through the words of our Gospel Lesson … Jesus … who sent the disciples out under the banner of the Great Commission, and work to be Jesus hands and feet and heart in a world that needs all that Jesus is for us.  Maybe we should just look to the Holy Spirit through the words of our First Lesson … that holy wind that swept over the face of the waters, and allow that creative energy to inspire us to offer the invitation of faith to others with new and compelling language.  Maybe we should try not to look too closely at … the Father, Son & Holy Spirit … or the Creator, Redeemer, and Sanctifier … or the Lover, the Beloved, and Love itself … or my favorite from the 70’s, Daddy-o, Junior & Spook.

Maybe we worry less about figuring our the exact nature of our God, and instead look to the clusters of activity and grace which surround each person of the Trinity … and just embrace the calling to which our three-fold God has summoned us.

The vibrancy of life here at St. Peter’s makes my service on our staff a joy and privilege. Visitation, teaching and preaching are the ministries that feed my pastoral identity, as together our staff and lay members share in our missional calling … Building a community of faith by God’s grace.