Christian Nationalism: What Everyone Needs to Know

Dr. Greg Carey, Professor of New Testament at Lancaster Theological Seminary, addressed the topic that has been rising in the public eye as more and more candidates for public office, including Pennsylvania candidates, are claiming the mantel of Christian Nationalism as they campaign for office. Dr. Carey has taught at Lancaster Theological Seminary since 1999. He holds a BA from Rhodes College, an MDiv from the Southern Baptist Theological Seminary, and a PhD from Vanderbilt University (1996). Dr. Carey teaches courses on the New Testament and on biblical and contextual interpretation, along with a doctoral seminar devoted to research methodologies. He is the author or co-editor of 10 books, including Using Our Outside Voice: Public Biblical Interpretation; Stories Jesus Told: How to Read a Parable. Teaching and advising students provides Greg’s primary sense of vocation. As a biblical scholar, he aims to help students cultivate their capacity as public interpreters of Scripture.

I attended the presentation which included over 400 church and community members. The information provided was interesting and well presented. To watch the presentation, here is the link to our YouTube channel.   https://www.youtube.com/watch?v=a51SsrsRY5k&t=227s 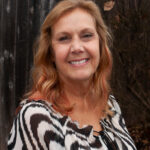 Service to others is one of the best ways we can serve our God. By giving of our time, we can participate in helping with many of the tasks needed to create a ministry for our community. I feel blessed to be part of that community.