Today’s readings once again contrast the realm of humans with the realm of God. They contrast our perspective with God’s, help us see God in everyday circumstances and to discover the many ways that Grace shows up.

First we have Abram, bemoaning the fact that it is just he and Eliezer as far as he can see, since he has no rightful heir by birth. Then God takes him outside and says, “Yes, go ahead and look as far as you can see now. It’s not your eyesight that’s bad, it’s that you were looking in the wrong place and drawing the wrong conclusions about your God’s ability.”

In the psalm today we hear about God’s ability to care for us that supersedes the love of either mother or father. The fact that God is depicted as a father figure the majority of the time in the Bible mainly has to do with the context of the ancient Middle-East. Today, we realize that God supersedes human limitations of gender identity, period. I’m not trying to editorialize the Bible.

Somebody edited today’s gospel text to only five verses, but there is plenty there to simply report upon. Immediately seeing through the false concern of the Pharisees, Jesus doesn’t answer them directly but has a message for Herod. Jesus calls Herod a fox, Western slang for someone lacking real power and authority. Herod Antipas didn’t conquer or strategize his way to power. His father gave him and his brothers certain regions to rule. Like his father, his achievements came from cunning deceit. Real foxes are quite clever so I’d rather not give them a bad name by associating them with bad people.

Jesus answers the Pharisees saying, “You go tell him, that if he is looking for me, here’s my itinerary for the next week and a half. After three days meant down the road in time, not literally three days in this case because Jesus couldn’t get there from where he was by then. When Jesus speaks to finishing his work, he uses a Greek word used only in the New Testament. The word teleioo refers to completing God’s plan, not Jesus’ tasks of healing. By using that term, Jesus was prophesying to the people, that is, giving them a message under divine inspiration.

When Jesus thought of going to Jerusalem, he remembered what awaited him. Like Justin Bieber who has a warrant out for his arrest in Argentina. When Justin thinks of going there, he remembers, “Oh, Argentina, the place that will arrest me as I get off the plane.” But then, he thinks of his fans and wishes he could go back. Justin just wants their adulation, but Jesus wants to save them.

Jesus thinks of the people in Jerusalem who desperately need him, but don’t realize it. His maternal instincts kick in. Interestingly, the word used to gather in this passage implies that Jesus already has some chicks that have followed him and at by his side. Now he wishes to unite others with the those already with him.

Jesus wanted to gather his brood under his wings just like the female mallard duck at the seminary. She had already made one really risky decision. She had trapested her 14 ducklings across a busy parking lot, and now stood on the grass calling and calling to half of them. The other half stood all around her saying, “Mom, we’re here already, stop calling us.”

Having no arms, all she could do was continue to call the eight ducklings still stuck on the blacktop. With those little flat feet and one-inch wings, they were unable to jump the high curb. Worse yet, neither their mother nor they had any way of thinking themselves out of the situation. Their cluelessness, like that of the Jews, threatened to divide the entire brood. But the ducklings were smarter than the people of Jerusalem because at least, they fully recognized the blessed one given to them by God to raise them to health and provide them with all they need to live a full life. But simple recognition of who God has sent can only help so much.

So, along came Grace. They ran from Grace initially, away from the person God sent to help them. God’s intervention shook them up, made them scatter and panic as things seemed to be going from bad to worse. Indeed they were. Suddenly, something was chasing them down and making them run farther away from the only thing they had ever known, being with others like them and following the same voice they had all followed.

Like Pharisees, Sadducees, and political authorities, we too, would rather stick with our kind and follow the voice we know. We feel satisfied and say, “At least that voice is speaking a language I understand, so I know that they’re talking to me. They seem to have a plan. I’m pretty sure we are on the right track. So far, we’re doing okay. Let me ask my fellow duckling.”

“Oh, dang. I see now that we’re stuck at the curb together. The green grass is up above and Mom and the rest have already made it. What are we going to do? Here comes another threat… Run!”

“Oh. Hi, Mom. How’d we get up here with you? Thank God someone came along and scooped us up and over the curb.” The mother didn’t want to see her children lose their lives to a bad situation, but she couldn’t prevent it either.

Don’t just trust your own kind or you might end up stuck in the same situation where no one knows how to solve the problem, where you run as a group parallel to the problem, like the ducklings ran parallel to curb. Not improving their chances of overcoming their obstacle.

God’s grace always stands above all things and offers solutions. Sometimes the solution seems threatening, at first, but God always has our best interest at hand.

Had I been a fox, like Herod, I would have seen an opportunity to snack on helpless ducklings. I would have used my cunning to deprive others of a chance to live in my effort to survive. I might have had a satisfied tummy but what else would I have caused to happen?

Thankfully, God let me play the part of Jesus. I experienced the satisfaction of chasing down, scooping up and gathering up the ducklings one by one in order for them to be joined into one brood under the safe and watchful guidance of their mother. You never get to feel something as precious as tiny duck feet and fuzzy duck bottoms in your palm until you truly love all the people around you.

Raise your hand if you know the story of The Ugly Duckling? None of us want to suffer the fate of the baby swan who is rejected and ridiculed for his lack of conformity to the majority’s perspective. He did not have the qualities one must have to be recognized as legitimate. In today’s gospel reading, Jesus is feeling like the ugly duckling, because he is unrecognized as God’s legitimate anointed one.

Jesus also portrays the ugly duckling’s mom. She wanted to raise all her children exactly the same no matter what they looked like. She wished they would quit picking on each other and pay attention to what she was telling them to do.

In the original story by Hans Christian Andersen, the swan could represent Jesus, too. Jesus was ultimately lifted higher, an realized his majestic heritage, becoming all together so much more than anyone ever thought.

“How often have I desired to gather you,” Jesus says, “but you were not willing.” Paul wrote, He will transform the body of our humiliation that it may be conformed to the body of his glory, by the power that also enables him to make all things subject to himself.” When the swan saw its reflection before it knew what it was, it couldn’t bear to look. He had taken humiliation to mean being ashamed, when the word only means to be in a humble state.

When we are humble, we are willing to be vulnerable, as God was when becoming one of us. When we are grateful, we are willing to recognize our dependence on each other. When we  and willing to care like God cares, that’s when we will recognize ourselves as beautiful. We will feel God’s wings above us. We may feel defenseless like a duckling. We may live with the threat of foxes looking to steal and devour. I encourage you to follow Christ across the parking lot. You may not be able to jump the curb yourself, but God will send help. Like the ducks, I needed help that day. I needed some encouragement and so God connected me with some wildlife. When we let God gather us together as a brood, we will see the realm of God all around us, in other people, in ducks and in Children’s tales. 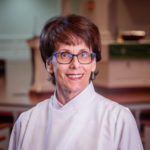