“Bring the full tithe into the storehouse, so that there may be food in my house, and thus put me to the test, says the Lord of hosts; see if I will not open the windows of heaven for you and pour down for you an overflowing blessing.”

Again and again the Bible lifts up tithing – giving a tenth of our income – as a benchmark for faithful giving. The prophet Malachi goes so far as to say God promises to rain down abundant blessings upon those who tithe. Yet most Christians fall quite short of tithing, generally giving less than 3 percent to the church?

Why? One reason is that in calculating how much to give, most people use the fixed-rate method. They first take stock of how much they are able to give, and then how much they want to give. Weighing these two factors, they then decide how much they will give.

There’s nothing particularly bad about this method, but it has limitations. While giving folks an offering amount they can live with, the fixed-rate method doesn’t necessarily put them on the path toward tithing.

A better method is percentage giving, that is, determining your offering as a percentage of income. Here’s how:

Can everyone afford to tithe? Of course not. Certainly God would not want children to go hungry or cold so that their parents could tithe to church, but it’s also true that many of us, maybe most of us, could afford to give more. The important thing is to be prayerful about your offering, be as generous as you are able, and keep tithing in mind tithing as a goal.

Keeping track of your giving as a percentage of income provides you with information to gauge your offering and perhaps build up to a tithe. You can make it a goal gradually, over time, to increase the percentage until you reach a tithe – 10 percent. One simple way would be to increase your giving by one half of a percentage point per year.

As Malachi promises, God will bless you richly for your tithing, and not only that, your church will be blessed, too. Switching from fixed-rate giving to percentage giving is a good start. 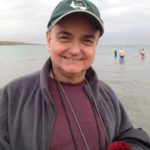 Assistant to the Bishop, LSS

A second-career pastor, Blezard worked as a writer and editor for 26 years, including a post as an editor at The Lutheran magazine in Chicago. Since 2000 he has worked as study guide editor for the magazine. He also works as content editor and writer for the Stewardship of Life Institute.