Northwestern University is offering a Massive Open Online Course (MOOC) that is now available for free online. “Luther and the West” offers an educational resource for the 500th anniversary of the Protestant Reformation.

This course explores the impact Martin Luther and the Reformation had on major ideas in the history of the west. The course is taught by Christine Helmer, internationally known Luther scholar and Professor of Religious Studies and the German language at Northwestern University in Evanston.

Take a look at this video introduction to the course:

This MOOC explores the world of Luther and his impact in three parts: his views of the 16th century bible readership, Luther’s views on freedom and how it still resonates today, and the complicated relationship between religion and politics – which is still very relevant in our contemporary world. In many ways, the Roman Catholic Church schism that began with in 1517 with Luther’s Ninety-Five Theses can be broadly interpreted to have been one of the primary acts that shaped our modern Western world. This course delves deeply into the writings and acts of Luther that have impacted many of the most important and critical 20th century theologians and social activists, such as Martin Luther King, Jr.

The MOOC consists of video lectures, quizzes, course and supplemental readings, and explores many areas of Dr. Helmer’s scholarship. Author of many articles and books on the subject, her latest book, Theology and the End of Doctrine, explores theology’s preoccupation with doctrine in the 20th century.

“Luther and the West” begins on February 20 on Coursera. 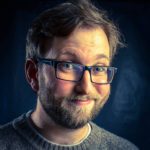 I’ve been leading music in worship since 2001, and I love to work with others to offer up our musical gifts to God. When I’m not playing guitar and most anything with strings, I build websites and help nonprofits tell their stories.